Find out about the judging panel of photographic experts for the Young Photographer Awards (YPA):

Chris is a wildlife expert, photographer and author with a passionate concern for conservation and the environment. He's travelled the world in pursuit of all things that slime, sting and scratch.

A long-standing judge of YPA, Chris understands what it's like to be a young wildlife photographer starting out and the challenges it presents. To see some of the stunning photographs that Chris has taken, visit www.chrispackhamphotos.com

Andrew has been a YPA judge since 2005 and knows a winning shot when he sees one.

Jules Cox is a British wildlife photographer, whose work draws inspiration from the wildlife and wildernesses of the British Isles and frozen North. In 2012 he won the British Seasons category in the British Wildlife Photography Awards, and was a judge for the 2014 competition.

Over the last seven years, Jules has been a regular contributor to BBC Wildlife magazine. This is his third year judging the RSPCA Young Photographer Awards. To see some of Jules' photos, visit www.julescoxphotography.co.uk

Catriona is an aspiring professional wildlife photographer and former YPA overall winner. Catriona first entered the competition in 2004, has been named the overall winner twice (in 2005 and 2010) and has received awards in four other years.

Ellie is a full-time British wildlife photographer. She has been awarded in various competitions, including the international Festival de l'Oiseau, Nature's Best-Yellowstone, and British Wildlife Photography Awards.

In 2007, she began to focus on her passion for wildlife photography, this led to her becoming a full-time photographer, trip leader and guide. She is widely published in national press and magazines, and this is her second year as a judge for the inspiring YPA.

She photographs in the UK and further afield, with projects taking her to East Africa, USA and Europe. Ellie is a tour leader with Natures Images, the UK's leading wildlife photography trip company www.ellierothnie.com.

His work has featured in over 20 prestigious awards, including winning this very competition in 2009, and winning a people's choice category in the Wildlife Photographer of the Year 2019, for his now-famous image of mice squabbling on a station platform.

For most of 2019 he worked as a researcher and drone pilot on BBC's The One Show natural history films. We're delighted to welcome him onboard as a new judge for 2020.

Emma is our Senior Photographer. As a photographer with over 20 year's experience in her field, Emma is passionate about exploring new ways in which we can use the photographic medium as a tool for visual communication; creating an image or series of images that tell a story and help people to connect with nature.

She believes that if more people could connect with and fall in love with animals, they would be more inspired to take better care of them. 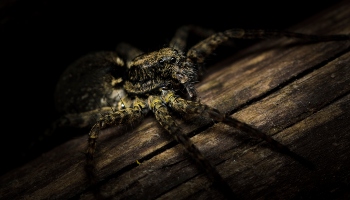 Which categories will you enter in this year's Young Photographer Awards? 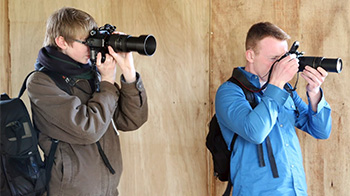 Choose from the galleries to view finalists' photos from previous competitions. 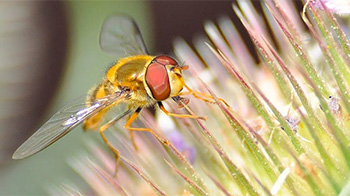 Check out our photo top tips to help you get started.

© RSPCA 2021. All rights reserved. The RSPCA helps animals in England and Wales. Registered charity no.219099.